4 Guidelines to Develop an IOS App

When taking the initial few steps into the world of app development, there are some key decisions that need to be made. Apps are primarily targeted towards either Android-based systems or iOS systems. While it’s possible to deploy an app to both types of devices, it requires a deeper understanding of the development intricacies of both, and as a beginner, it’s typically an added layer of complexity best avoided until you’ve gained some practical experience.

App development really took off when Apple released it’s iPhone and iPad products, and as such, the process for developing for those devices is more streamlined than its competitors. Apple provides a great deal of easily accessed tools to help you on your way to becoming a successful app developer, and we’ll go over a few of most vital ones here. 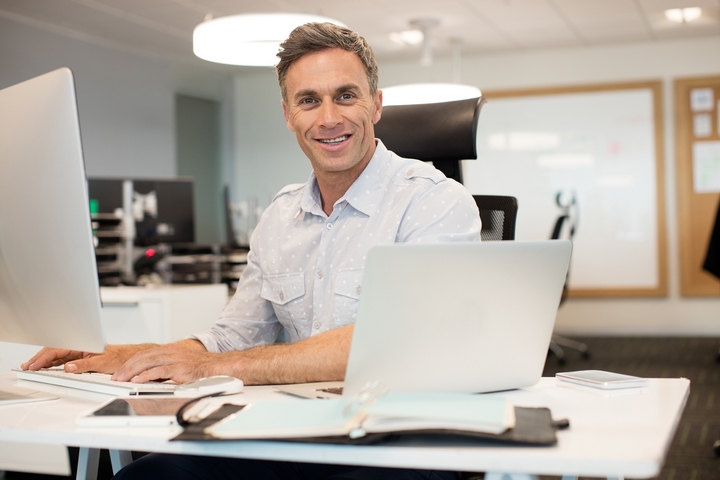 While using a Mac isn’t mandatory, it certainly makes developing apps for iOS significantly easier. All of the software provided by Apple for iOS development is available first for Mac systems, and the software is designed with them in mind. Consequently, setting up the necessary software is as simple as installing it. Using a Mac means you don’t have to be concerned if a piece of development software is compatible, or if an update to one of the tools will be available to you because Apple ensures that these things are taken care of ahead of time.

Swift is a programming language developed by Apple and targeted towards developing for iOS and macOS. It is a similar language to Objective-C by design that employs modern programming concepts while attempting to keep the syntax simple.

During the app development process, it’s essential that you learn and understand basic programming principles. Swift is a great language to start with as Apple provides a large amount of free learners resources to help you get on the right track and its designed with app development in mind.

Xcode is what is known as an IDE, an integrated development environment. A few important tools provided by Xcode are the compiler, to compile and run your software, a debugger, which helps to find and solve bugs, and most importantly, a powerful editor. These tools make programming significantly easier, especially during the learning phase.

Xcode was developed by Apple and is initially free. A licensing fee exists for those who are deploying their apps to the app store, but early on this isn’t something to be concerned about. Like Swift, Xcode has been designed with app development in mind, which helps in the beginning stages of development. Because of this, it’s easier to get started quickly rather than worrying about whether or not something is compatible, which can eat up a lot of time.

In order to develop apps for iOS, you’ll need to install the iOS SDK. The iOS SDK allows for the development of apps and software for all iOS based systems. Apple provides the SDK free of charge for Mac users.

Using the SDK, a developer is capable of accessing and utilizing different functions and tools for their iOS devices. The official iOS SDK also provides an iPhone simulator so that developers can see how their apps will look and function in a simulated but accurate environment.

The iOS SDK is the last part of a combination of tools that Apple has designed with iOS app development services in mind. Combining the official iOS SDK with Xcode and Swift will provide you with a complete set of tools for developing complex, unique and creative apps. Apple provides a lot of resources to learn how to use each of these tools individually and in tandem.

With a bit of patience and a lot of practice, anyone can learn the basics of developing apps, and with time, you too can have an app featured in the iOS marketplace.