7 Most Common Types of House Ants

Currently, according to the scientific community, there are 16,000 record ant species and subspecies. The good thing is you are likely only to find a few or even just one of those residing in your home.

With the knowledge of the different types of ants, you are in a better position to deal with an ant infestation using appropriate pest extermination methods. The following are some of the most common types of house ants. 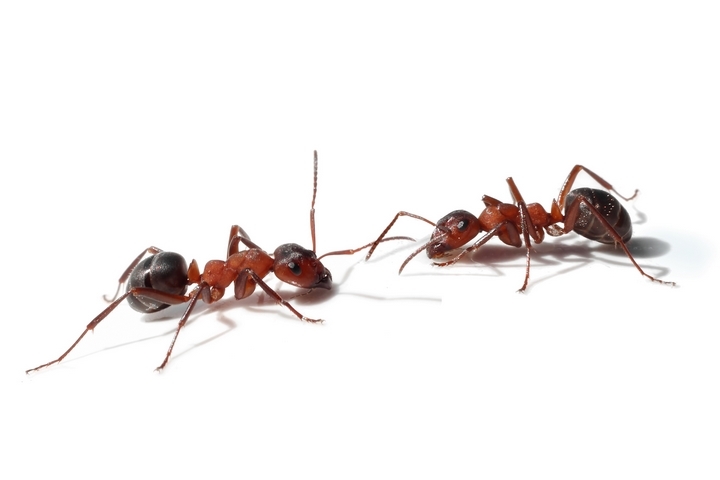 These are the most common types of house ants found in homes. These tiny ants are either black or dark brown. In most cases, you will find them running along floorboards or counters.

Odorous house ants will either enter your house in search of food or a dry place during the rainy season. They are referred to as odorous house ants due to the odd smell they emit when crushed. Some people say the smell is similar to that of blue cheese or rotten coconuts. Odorous house ants love to eat sugary foods and dead insects. 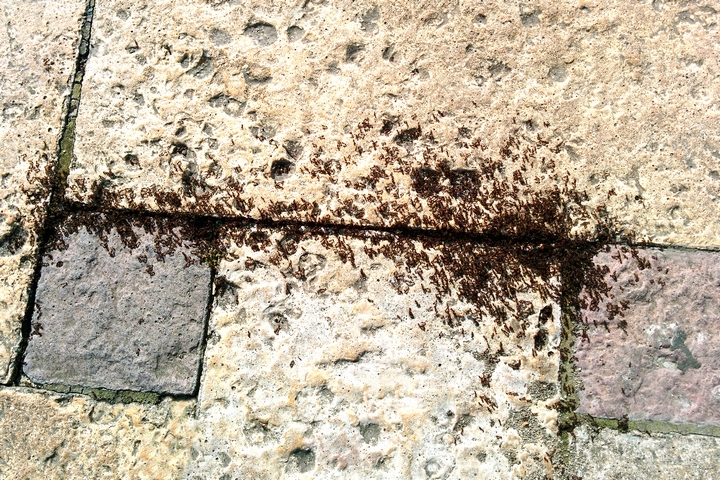 This insect is known as a pavement ant because it loves living in sidewalks or under rocks. These types of ants only go indoors to search for food. Like most ants, pavement ants are fond of sugar, but they also like eating meats and greasy foods. What makes this ant unique is the fact that it is among the few species that actually battle each other to death.

If you were to get down on your hands and knees and watch them, you would see a trail of dead ants. Pavement ants fight until one of the colonies establishes dominance. They mostly go to war during spring and summer, a period when you are more likely to see them in your house, or in some cases, the basement. 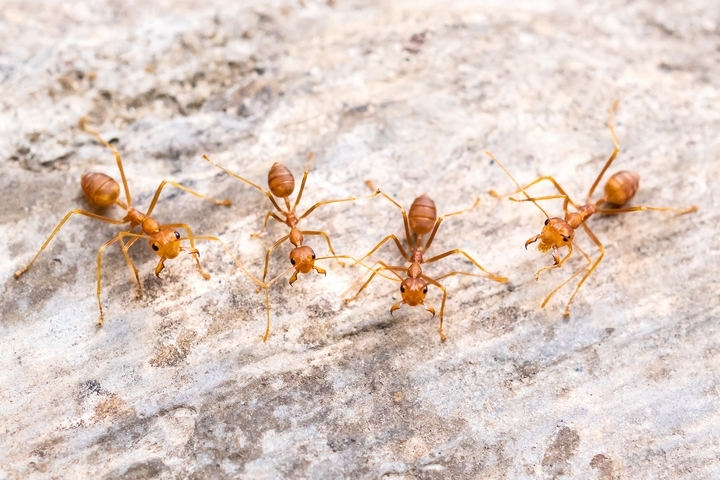 This insect is known as a ghost ant because it has a very pale abdomen and legs, which makes it almost invisible. Apart from its legs and abdomen, the rest of the body is dark. Ghost ants are similar to odorous ants in that they emit a foul smell when one crushes them.

They are commonly found in Florida, but they can also survive in the northern states if accidentally transported to a heated building. These ants will enter your home in search of sweet snacks. In a house, ghost ants will mostly be found residing in flower pots and baseboards. 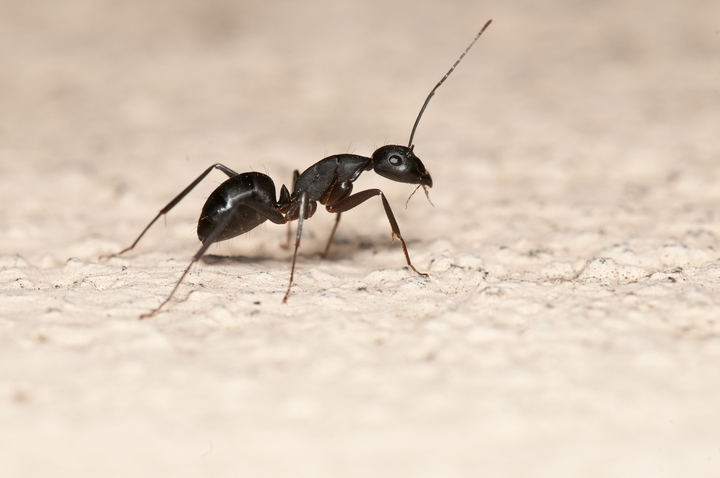 In terms of size, carpenter ants are the largest species of ants in the United States. These ants are black or dark brown. The good thing about carpenter ants is that they do not have any intention of being in your home; very few species reside in human dwellings.

The only time you should worry about carpenter ants is if you see them coming in and out of your door framing. If you find carpenter ants inside your house, it’s not a good sign. This is because they see in decaying wood a suitable habitat. Although carpenter ants do not cause the initial damage, they capitalize on it and cause the structure of the wood in your house to weaken.

If you take a closer look whenever you see a food crumb moving on your counter, you will most likely find a tiny rover ant is responsible. This ant can be as small as 1/6 of an inch. The colour of rover ants ranges from pale blonde to dark brown. This is the type of ant you will most likely see congregating on top or inside your sugar jar, or on the lid covering your honey jar. 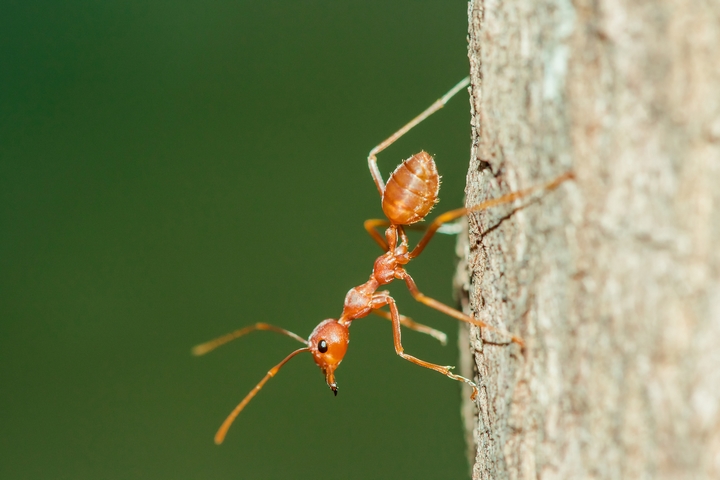 This ant species is also known as a sugar ant. Argentine ants are mostly found in the United States, along the California coast. Although they are now native to the U.S, they were accidentally brought in from Argentina. Typically, an Argentine ant is dark brown and medium-sized. These types of ants prefer to nest outside, but they will come inside your house in search of sugar sources or food crumbs from the kitchen, and in some cases, they may come looking for water.

There are times when you will see a large number of these ants in your house, and there are times you won’t see any. They are often seen in the house during spring and the rainy season, searching for a dry place to call home. 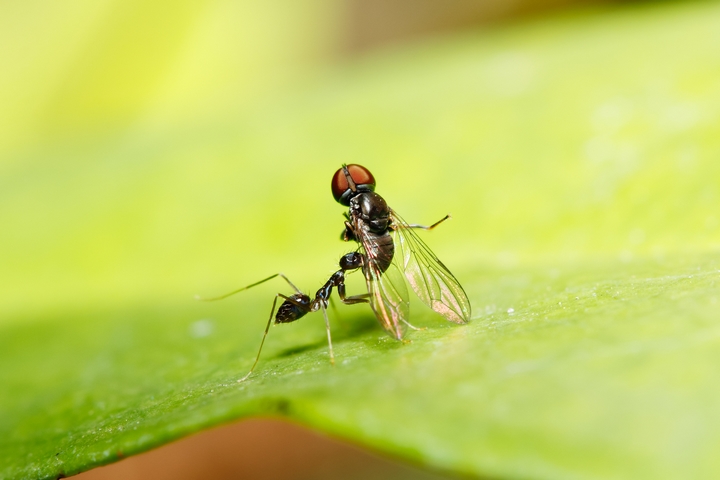 These ants are known as crazy ants because of their unusual way of moving. While most ants tend to march in an organized straight line, crazy ants do not have a predictable pattern of movement. They have a reddish-brown colour and can be as longs as 1/8 of an inch. These ants are seen a lot in Texas, Florida and the South in general. Like most ants, crazy ants love sugar. The most unique thing about this ant is that it likes electronics. It prefers to nest in wires and circuits where it is attracted by warmth.